In conversation with SwipeStation 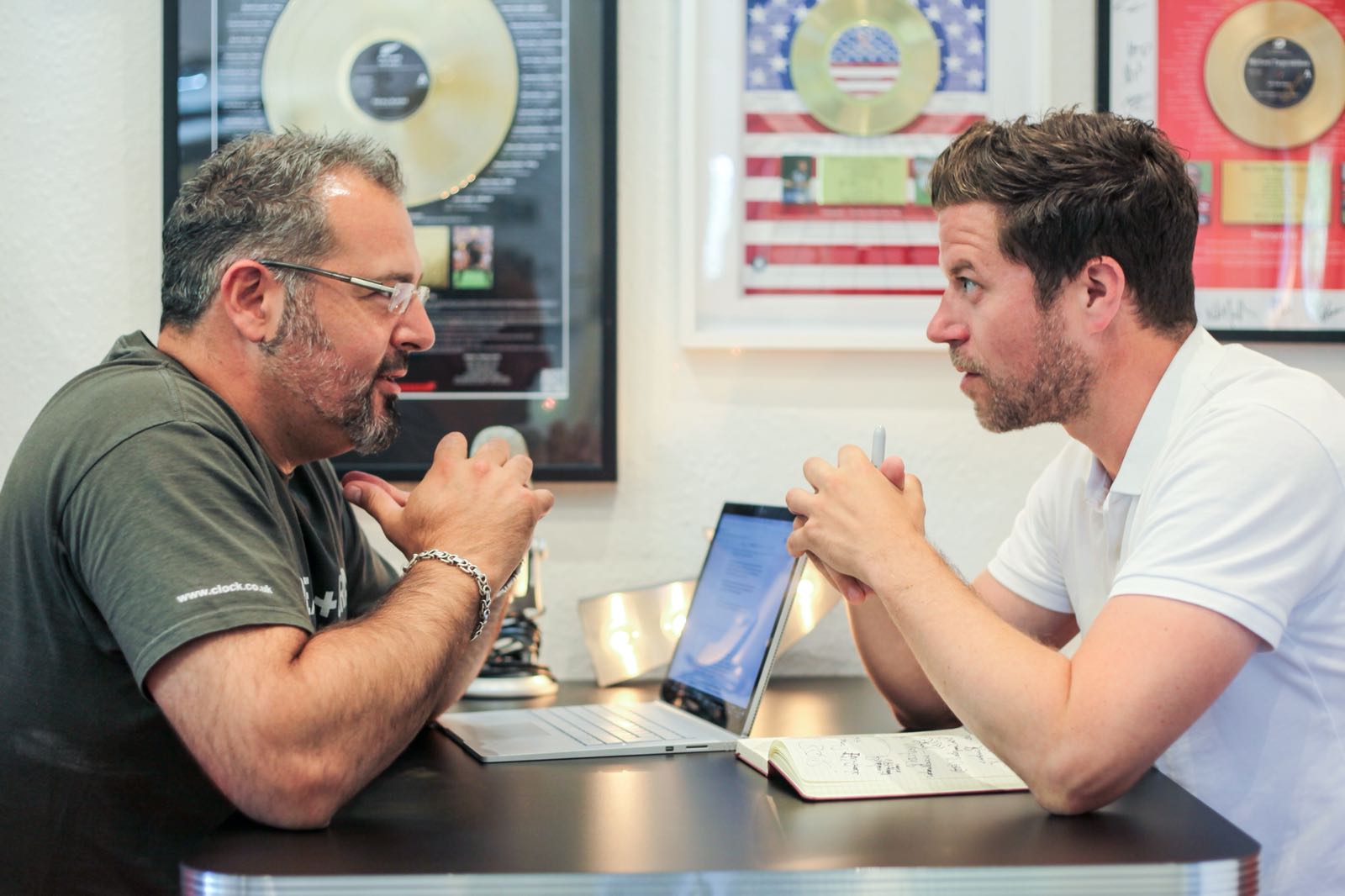 Is this the end of the queue?

According to a 2014 study by Visa Europe, Brits spend 18 hours a year queuing, that’s an average of 6.92 minutes per week. It also reports that 89 per cent of us have left a shop or business because we can’t (pardon the pun) stand, hanging around.

So in a world of digital transformation where bits and bytes swirl around with atoms and molecules, and technology races to make our lives easier, surely someone has to come up with a quicker way of ordering that drink at a crowded bar? 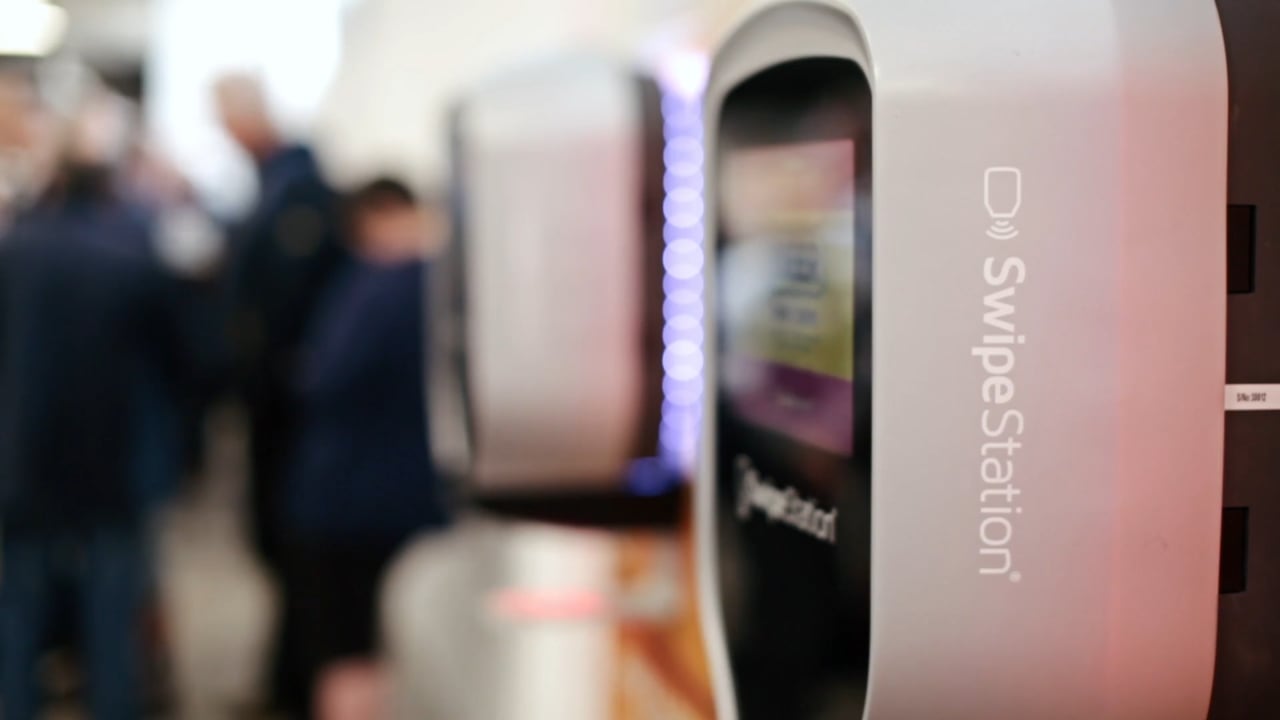 There’s got to be an easier way

Great ideas can come at the most unusual time and place, but they also come along when we stop to think about how something we do all the time can be improved. Syd Nadim, the big friendly bear-like founder and inventor of  SwipeStation, a ‘Click & Collect’ service which aims to revolutionise the food and beverage experience at stadiums and entertainment venues, had such a moment. “I was spending far too long queueing up for a beer at the rugby, and thought to myself there’s got to be an easier way”. 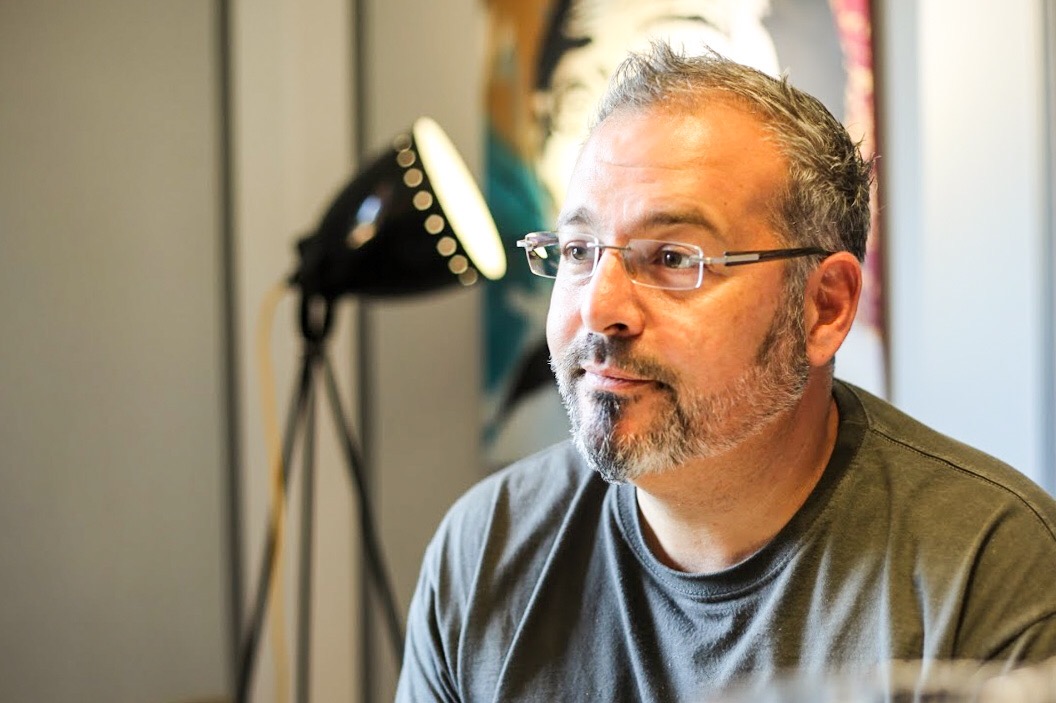 A highly successful creative technologist, who also runs Kings Langley-based digital agency Clock, Syd got straight to work. “If you’ve worked at a bar, you’ll know that one of the biggest challenges is transient staff – it’s a perennial problem. We discovered that on any given matchday 20 to 30 per cent of staff behind the bar are new, so naturally, they’re going to be finding their feet. Add to that mix, tens of thousands of hungry and thirsty punters that want serving in a 15-minute window and you can see how the queues won’t take long to form. We needed to build a system that enabled the transaction to be as easy as possible, removing the need for tills and till training, so we built SwipeStation to have a real competitive edge.”

The journey so far

Four years in the making, SwipeStation launched just over 18 months ago, and it took a while before the first customer committed. “We’re a start-up and these stadiums and their operators are huge companies, so we were really pleased when a global caterer called CentrePlate took a chance with us and put us into two of their stadiums. They have 22 stadiums in total in the UK and over 300 venues – so a very exciting prospect to be working with,” CEO, Adam King says. 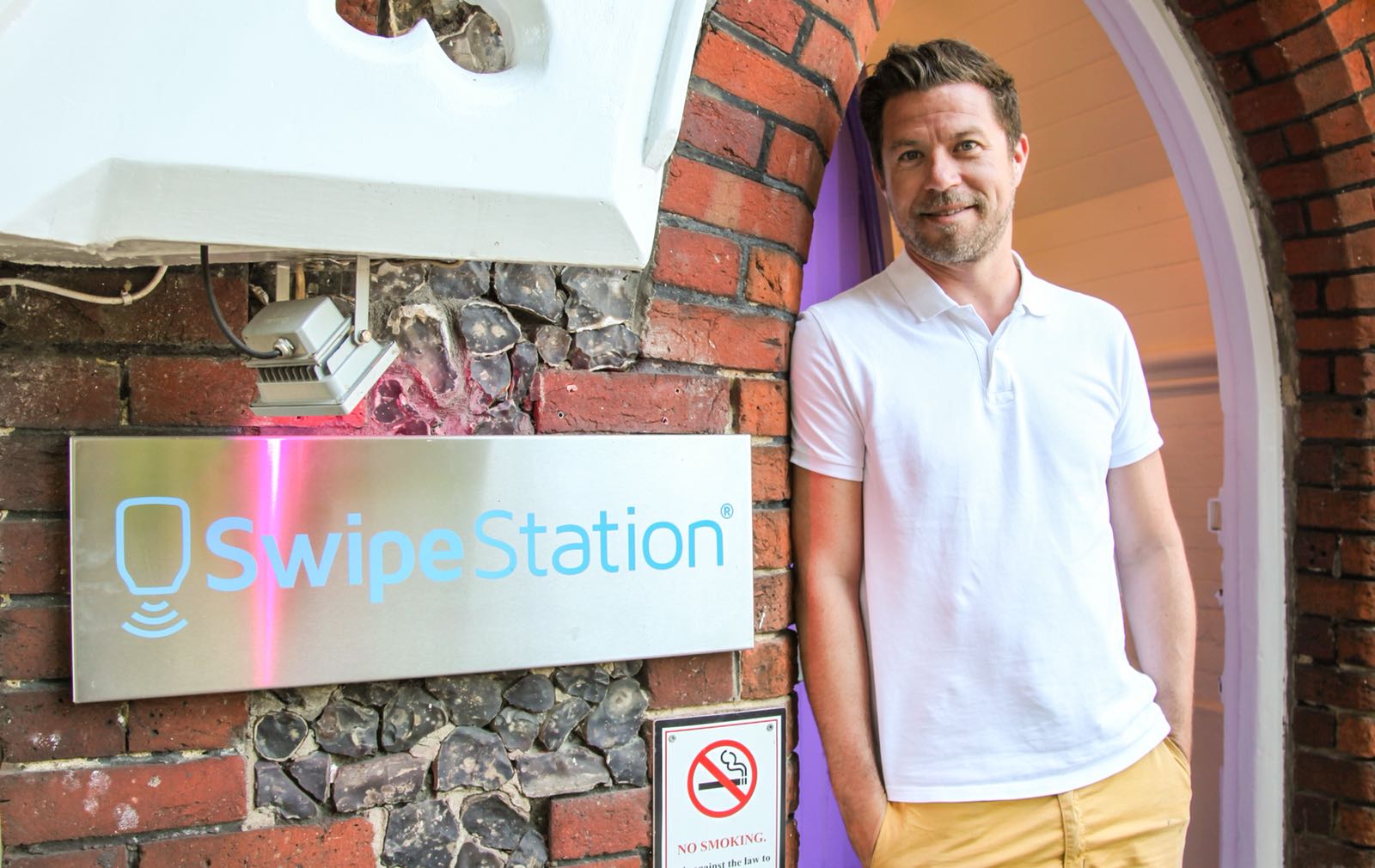 “Today we have a pipeline of over 40 stadiums, and we’re in discussions with CentrePlate, who have since been acquired by Sodexo, a French managed services company which has the likes of St James’ Park, the Amex, and Hampden Park in Scotland on their books.”

As a start-up, funding is never far off the agenda, and an ongoing crowdfunding campaign is helping Adam take SwipeStation to the next level. “Eight weeks ago, we set out to raise £300,000 by crowd-funding through Seedrs. We’re now overfunded and expect to hit £500,000 which is fantastic as it shows confidence in the product and also means that we now have 480+ brand ambassadors running around promoting the service, and willing us to win and succeed.”

With a focus on expanding the prospect pipeline, Adam wants to see SwipeStation in at least 20 stadiums by the end of the next football/rugby season i.e. June 2019. “We’re growing and we need to manage that carefully, the pipeline is strong, and to service the new business we need to expand the team, build on our marketing operation, and firm up some legal details around our patent.” Continuing,  Syd adds, “We also want to get involved with some experiential marketing on the concourses. There’s potential to have a lot of fun with the fans and promote the service. We’ve piloted it in the past, and the data is extraordinary, the adoption numbers go through the roof.” 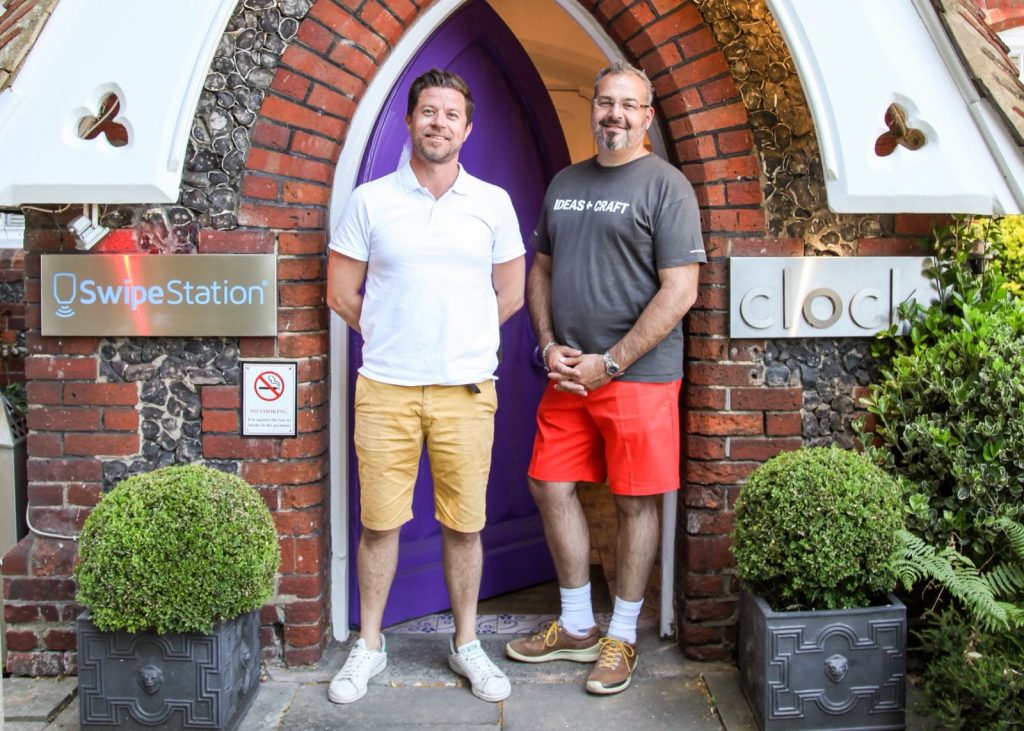 Are we talking to the next James Dyson?

“I came up with an idea and felt I was eligible to put inventor on my business card. Also, my great great grandfather was an inventor, he invented the speed stitch sewing machine, and also the gas light pipe which saved people shimmying up lamp posts back in the day. But being a true inventor is an extraordinary achievement, so massive props to James Dyson and the likes for coming up with phenomenal products, especially real-world products that are difficult to design, prototype, and manufacture”, says Syd.

The latest SwipeStation is the product of four stages of prototyping, with numerous “catastrophes” along the way and many lessons learnt adds Syd. “I think a lot of people start businesses because they think they’re good at something. But when I first started Clock (the parent company of SwipeStation), I didn’t know how to build websites, and I was a mediocre designer at best. I quickly learnt that my job was to create an environment for brilliant people and ideas to thrive.” 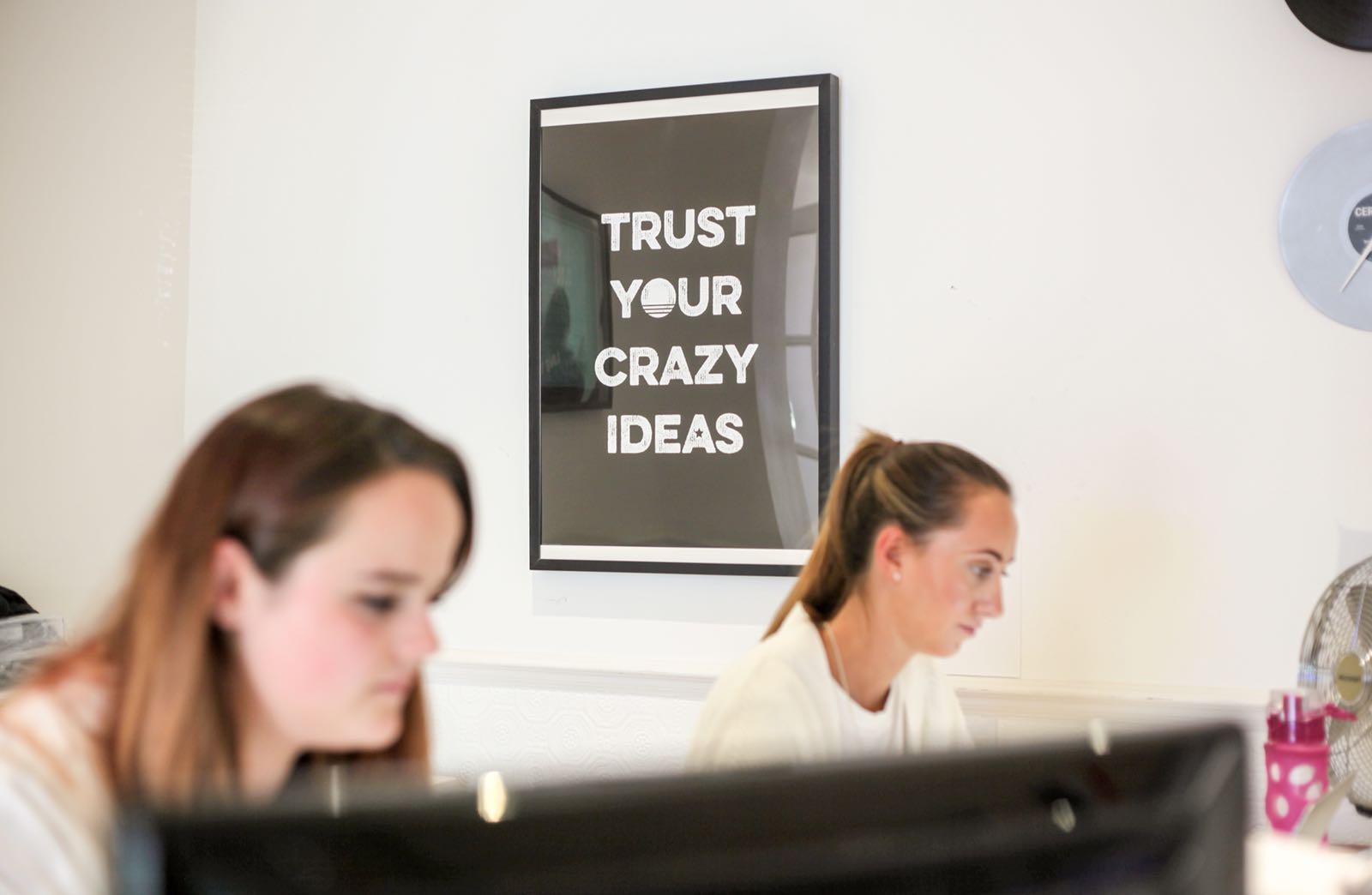 Have an idea – change the world

Role models are important in the creative industries, and for Syd, there’s one clear candidate. “In my opinion, Elon Musk has, and is changing the world. I admire how he put everything at risk when he sold PayPal for $200 million and invested the money back into new ideas and products, which could possibly one day save humanity. I know that might sound rather melodramatic, but if you look at what he’s doing with electric vehicles, putting people on Mars, and interplanetary travel, we need someone like him. (Chuckling) me on the other hand, I’m helping people spend less time queueing up.”

Adam for his part points to  John and Patrick Collison of Stripe. “Their story is just amazing, two brothers from Ireland, grew up in a hotel, and now they’re two of the world’s youngest billionaires! It’s very inspiring, their ethos was to create just seven lines of code that go into your website or app, so really easy to use. That appeals to me because that’s what we’re trying to do with SwipeStation. By reducing service time at the bar from over 50 seconds to under 15 seconds, we want to make transactions quick and easy.” 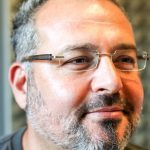 Focused on the prize 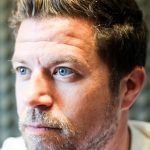 Can Watford be a hub for the Creative and Digital world?

“I’m super impressed with the level of investment taking place in the town, but more can always be done. In terms of a place for business to thrive, it’s amongst the best. I was a non-exec director in Shoreditch for an agency and one of the challenges was retaining staff, and while recruitment outside of London is a bit more difficult, retention is much higher. Our people want to stay here and build a career which delivers consistency, stability, and helps us build world-class products for our clients.

“Watford has great connectivity, great connections physically and transport wise, and a vibrant business community with great values. We also have the heritage of Warner Bros with a rich history in film, so we really are primed to attract more businesses.”

One early and major SwipeStation investor supporting local innovation is Will Hobhouse, the High Sheriff of Hertfordshire who said. “It gives me pleasure to back a Hertfordshire-based business. SwipeStation is a simple idea solving a perennial problem.” 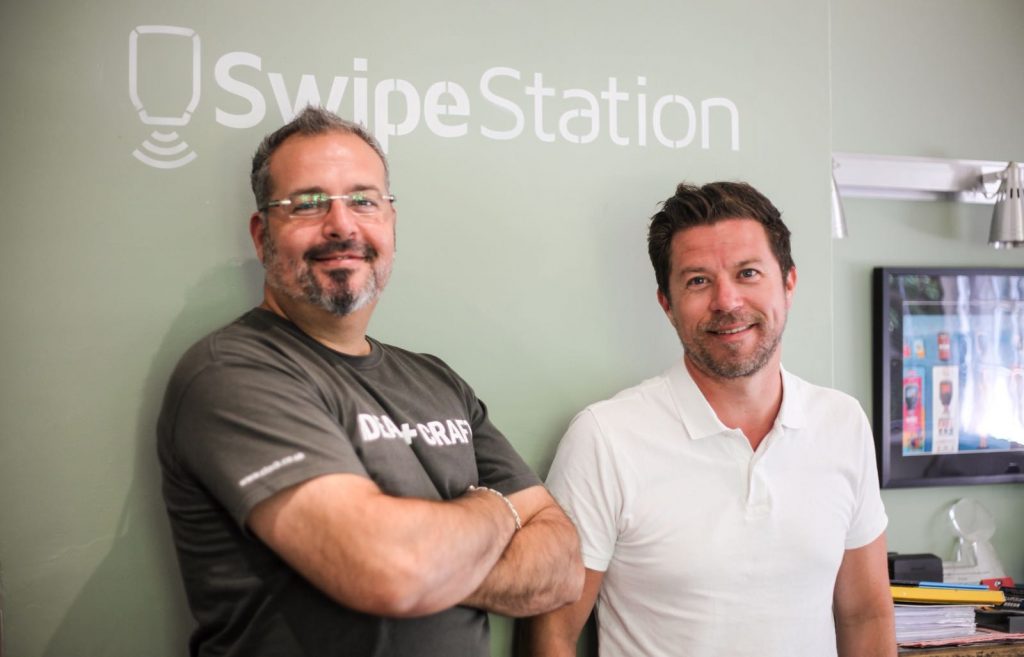 Wrapping up the interview, we ask Syd and Adam what they would buy if money was no object. “Well although we’ve got a lot of investors and we’re super proud of the Seedrs round, we probably need to buy quite a lot of SwipeStations, so I’d definitely buy some of those. I’d also invest more in the companies I’m involved with to help liberate even better ideas, and hire and house even more brilliant people.” Turning to Syd with a wry smile, Adam concludes. “My response is so different to yours. I’d buy a 1953 Porsche Speedster in Silver with red leather interior – lovely! That’s my dream car.