We’re walking up to High Elm’s Manor in Watford, on a beautiful sunny afternoon in June to meet Catrine O’Neill founder of the Watford based UFO Academy. This once derelict country house, now restored to its former Georgian glory, blossoms in the sunshine, as a Montessori school, highly desirable wedding venue, and popular filming location.

Entering into the lobby, I suddenly feel like I’ve stepped into Professor Xavier’s  Academy for Gifted Youngsters. After a few moments, a casually dressed Catrine greets us with a smile as warm as the weather, “sorry for being a little late, I just finished work (she also runs the Montessori).” 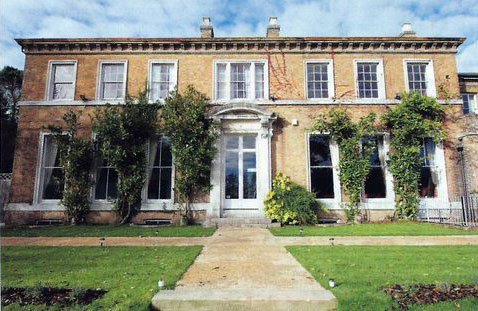 Leading us down the hallway we enter into a beautiful lounge complete with artwork, piano, fireplace and french doors that lead onto an immaculately manicured lawn. The excellent hanging portraits are her late grandmother’s work, a famous artist and children’s author in Ireland – the arts run through the family.

Probing into how the UFO Academy found itself in the manor, we learn that Catrine’s mother Sheila bought the property around 20 years ago with the idea of turning it into a school. Some 10 years on it also became the home of the Academy, and we were here to find out all about it… 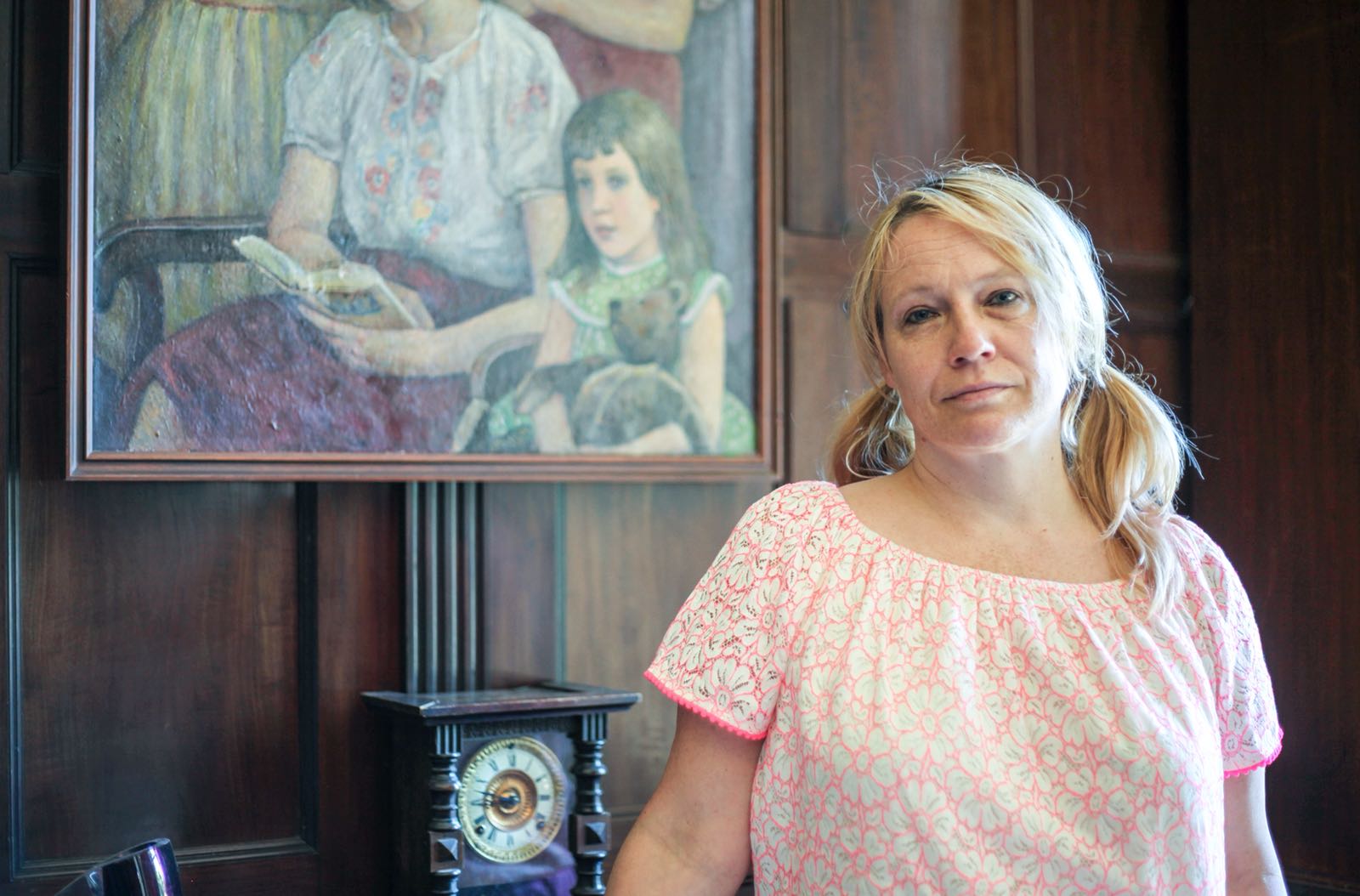 Standing in front of a family portrait

Tell us a little about yourself and the UFO Academy

I’ve been running the UFO Academy for coming on to 10 years now, and It started because I have seen things myself, and found that it’s really hard to talk about it with people generally – it’s a difficult subject.

There was a lot of UFO conferences and such taking place in America, but not so much here in the UK, so I decided to do one of my own, and they’ve proved to be really popular. Now, more and more are springing up around the country which is great.

The UFO Academy is a great place for like-minded people to get together, find out what’s going on, and talk to each other about it, without being laughed at.

Is the UFO Academy a national academy?

Well, I do get people coming from all around the world, flying in from Europe and we get speakers from America, so in that sense, it’s international yes. We get ideas from each other, I look and see what speakers are out there, where they’re talking, what their subjects are about, who’s had the latest encounter or experience, what’s the latest research, and then I might invite them to come here.

“There’s a lot going on here but I don’t think it’s just unique to Watford.”

Is there much extraterrestrial activity in and around Watford?

We have actually seen saucer type craft fly directly over the top of the house. I wasn’t on my own, I was with three other people, and two of them aren’t particularly interested in the subject, it was just an evening with some friends you know, and we just happened to see something.

We’re very used to seeing aircraft, because we’re very near to Stansted and Luton, so we’re quite familiar with how aeroplanes look and their flight paths, but the way these lights behave it’s completely different. So yeah there’s a lot going on here but I don’t think it’s just unique to Watford.

It’s about looking, how often do people actually bother to look up when they’re outside at night. If you actually spend time, you spend a good hour, maybe two hours each night just looking, you’re likely to see something. I think if you really want to see something and you spend a bit of time outside, it’s also about the intent as well, you have to have the intent. 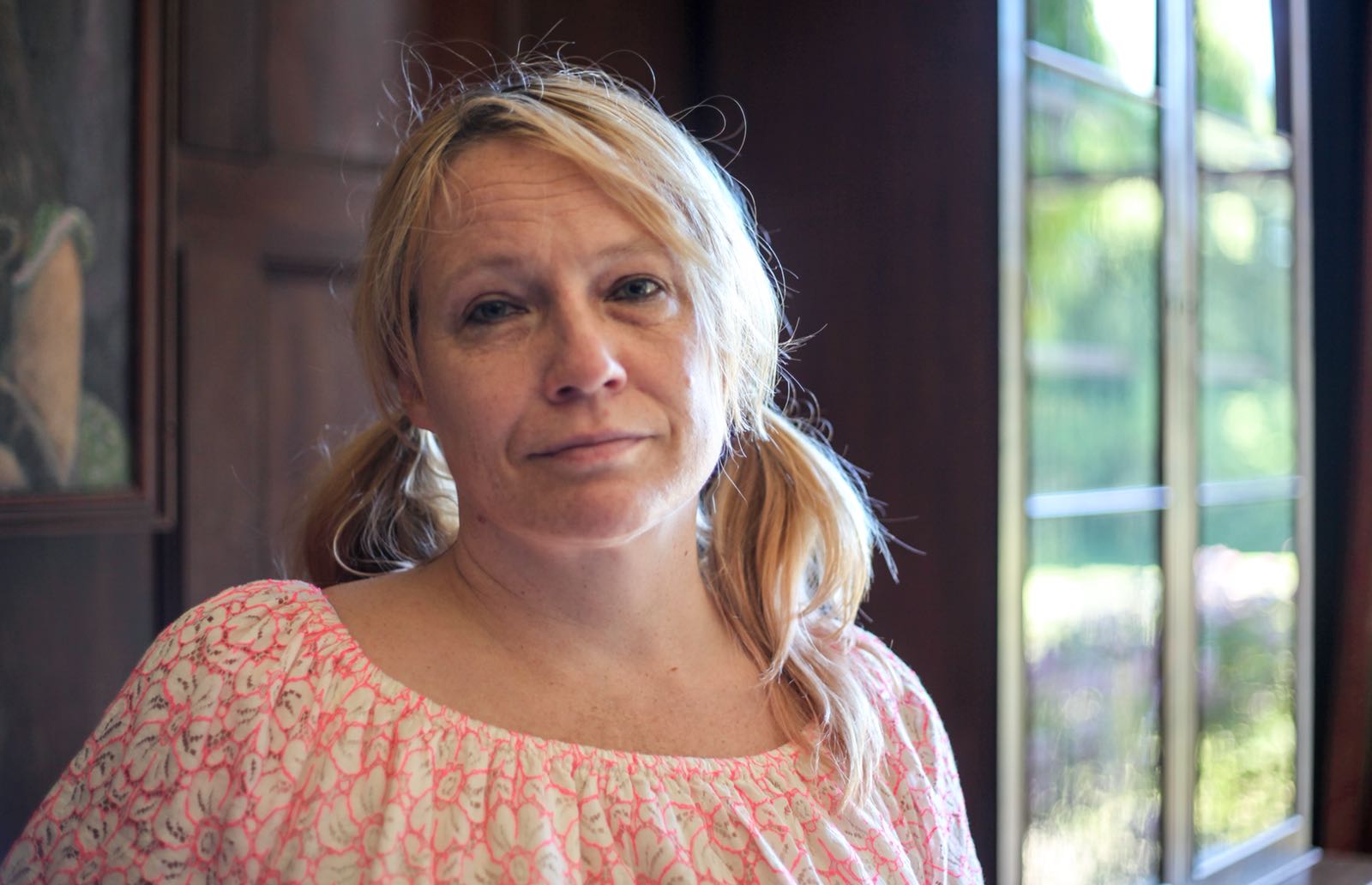 Having the intention is key

Could it just be the MOD testing new technology?

Absolutely, there is a possibility that it’s something that we’ve built, and it’s just technology that’s not out there. But, I would still say that’s come from a source that probably isn’t from this world. They’ve probably gathered information from the crashed craft and through reverse engineering.

There is a theory that our governments are working with other races from other planets, but It’s all hushed so it could be anything like that. There’s also another theory that our world governments have technology way beyond what we realise at the moment, but they just allow us to have a little bit of it. So, for example, we could probably have a mobile phone that’s much more advanced, but they’re just holding back. 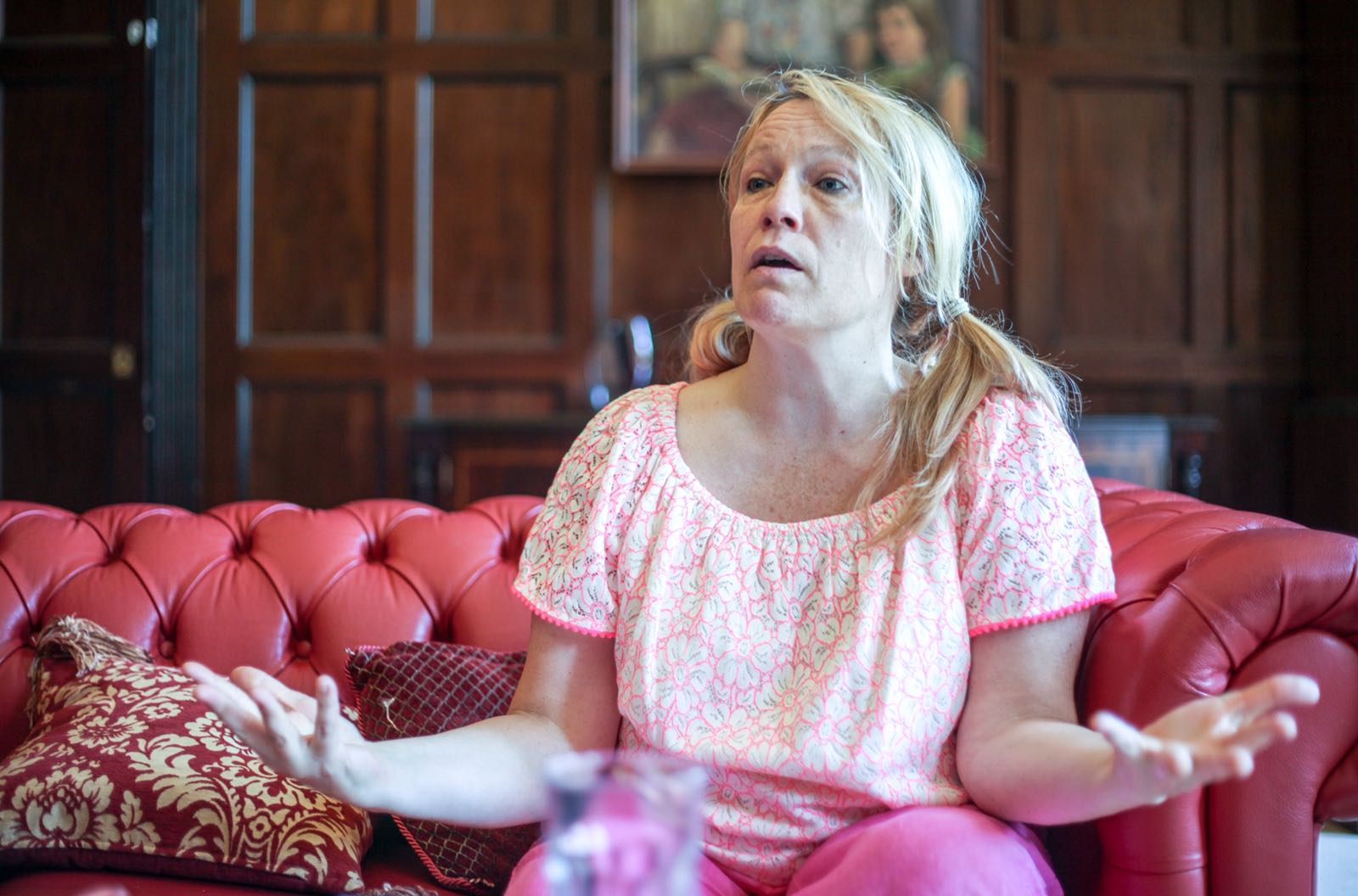 There’s a lot that we don’t know about

Do you have anything special planned for World UFO Day on the 02nd of July?

We have something called our Awake and Aware conference on the weekend of the 07/08 July, which is now sold out. We’re joining up with Kerry Cassidy, who’s not just interested in UFO theory, she’s also a conspiracy theorist, and interviews whistleblowers all around the world on all kinds of topics. So, we’ve got her and several other speakers, including spiritual speakers and psychics, and they’ll be telling us about their latest research and findings.

It’s going to be great, we always have a skywatch in the evening on Saturday night. everyone hangs around, brings food with them – it’s really nice and sociable. 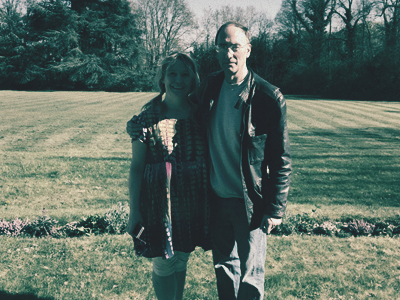 Getting ready for a skywatch

How can people get involved with the UFO Academy?

So we have a website and a mailing list (add email), sign up and then I’ll let you know of the next event. I’m a busy lady and to do an awful lot of stuff so just as I can fit a weekend in and then I’ll just let people know we got an event coming up. You do have to pay to attend, but that money goes to pay for speakers and cover general running costs. But it’s reasonable rarely more than £15. I try to keep the costs down as much as I can because it’s not about the money. 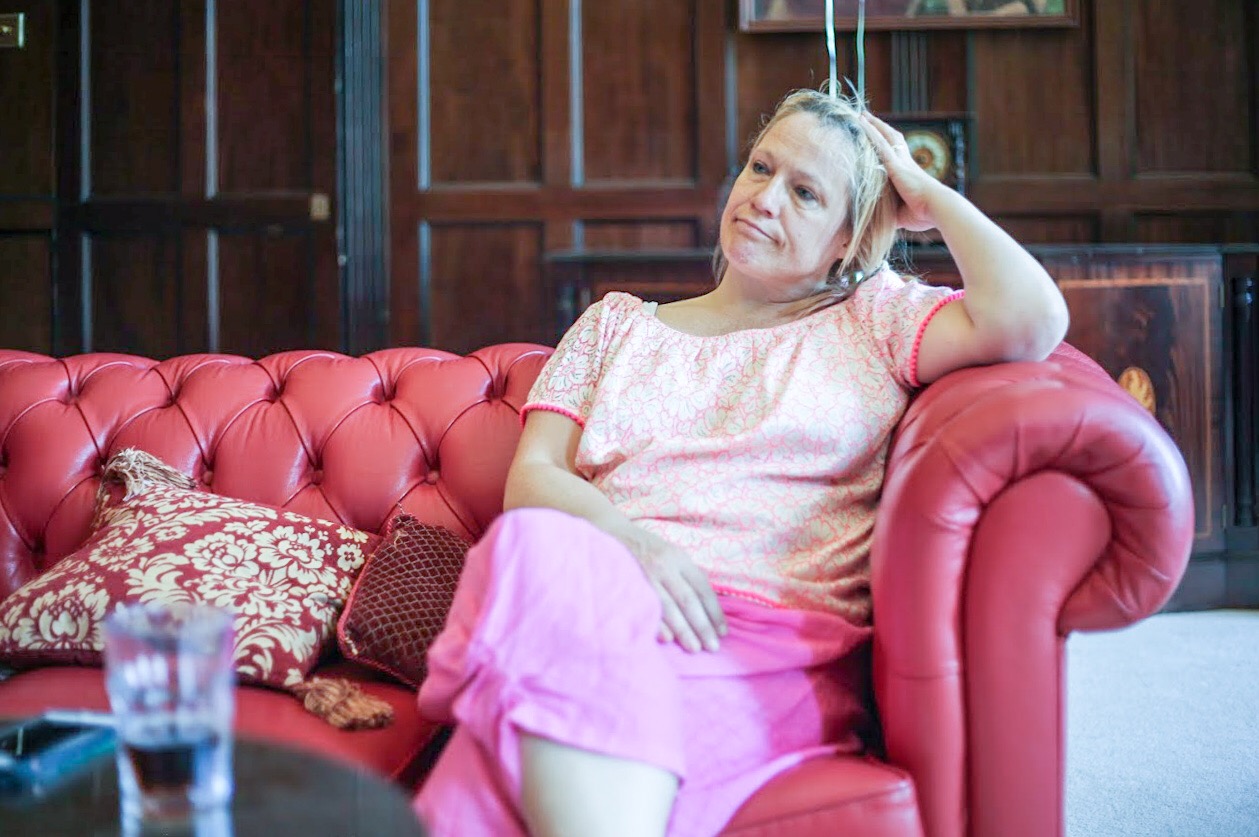 Taking some weight of the feet

Finally, what would you say to someone who thinks they’ve seen something but are reluctant to share it?

Don’t doubt yourself. The one thing I’d say is when you see something unusual, it’s amazing how our own brains want to categorize everything. So when we see something we don’t understand, we doubt ourselves because we can’t put it in a box that we’re used to putting things into it. So have faith in what you saw, talk about it to people around you, and then if you’re not having much luck, go online and find other people to talk to. There’s a huge community out there.

Facebook has lots of great groups, they’re often closed, so you have to be invited in or you can ask to join and feel safe with those you know in that environment, and share your experience. 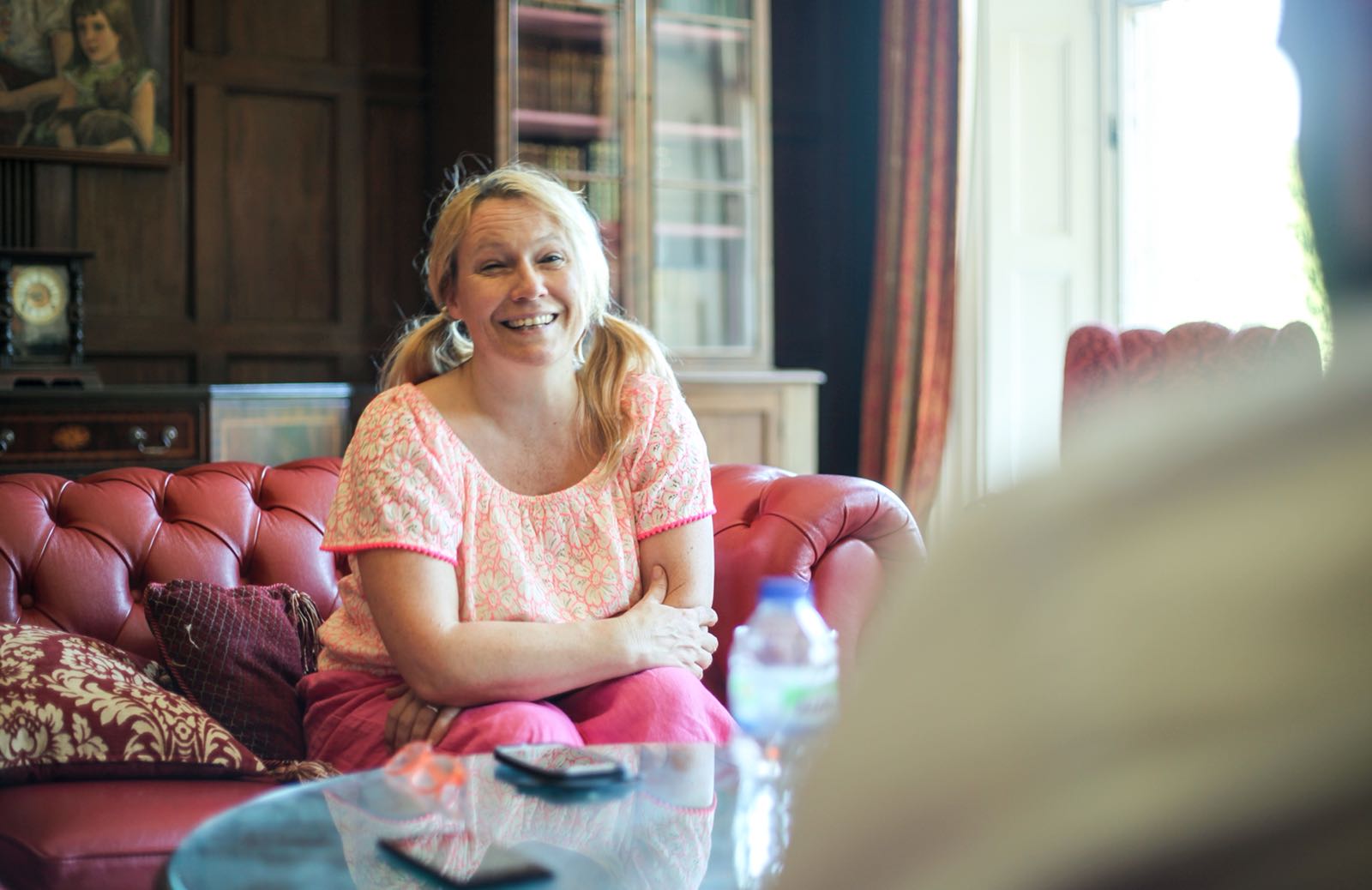 Have more magic in your life

Don’t be scared. You know people are scared, I think actually the more that we all talk about things that we’ve seen, and not worry about other people’s opinions, that maybe we can open people’s minds. We all need to have our minds opened a little bit more (chuckles).

And it’s fun, it’s exciting! It’s like being a child, having magical things in your life, like when your imagination took you to incredible places. It’s much more fun to believe in these things than to be negative.